On behalf of the Organization of Women in International Trade and the U.S. Department of Commerce, International Trade Administration, we invite you to join us for an Evening Chat/Asia Coffee focused on “Successfully Navigating Southeast Asia” on Monday, April 26 at 7:00 pm EDT/4:00 PDT.

Please join a leading panel of experts from the U.S. Department of Commerce including: 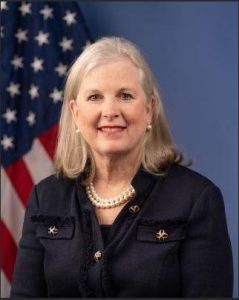 She most recently served as the Deputy Assistant Secretary for Asia, where she was the principal advisor to the Assistant Secretary for Global Markets on all matters concerning international economics, trade, investment, and commercial policy programs and agreements with respect to Asia. In this role, she also oversaw planning and execution of Commerce commercial diplomacy and export promotion strategies at United States Missions in Region Asia.

Previously, Ms. Farrell worked as Executive Vice President at the U.S. India Business Council (USIBC).  Prior to joining USIBC, Ms. Farrell served on the Board of Directors at the Export Import Bank of the United States (U.S. Exim Bank).  Before serving at U.S. Exim Bank, Ms. Farrell was elected as the First Selectwoman in Westport, Connecticut.  Ms. Farrell also served as Chairwoman of the Southwestern Connecticut Regional Planning Agency Metropolitan Planning Organization. 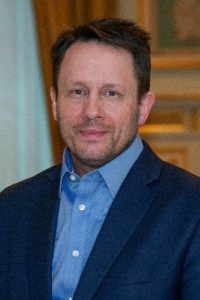 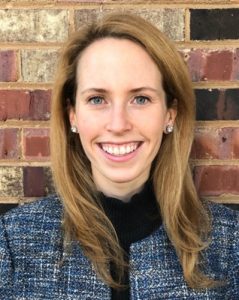 Krista Barry is the Vietnam Desk Officer at the U.S. Department of Commerce’s International Trade Administration (ITA).  In this role, she works to help U.S. companies with market access issues, export promotion, and enforcement of Vietnam’s trade obligations. Prior to joining ITA, Krista worked in the Office of Europe and the Middle East at the Office of the U.S. Trade Representative on various trade policy initiatives, most notably the U.S.-UK Trade Agreement negotiations. She has also worked at Nathan Associates Inc. on trade capacity building projects in West Africa and in the U.S. House of Representatives on healthcare issues.

OWIT and the Department of Commerce are pleased to share a Memorandum of Agreement linking trade policy experts, women-owned businesses and entrepreneurs to support growth globally and enhance a vibrant network of women in trade.