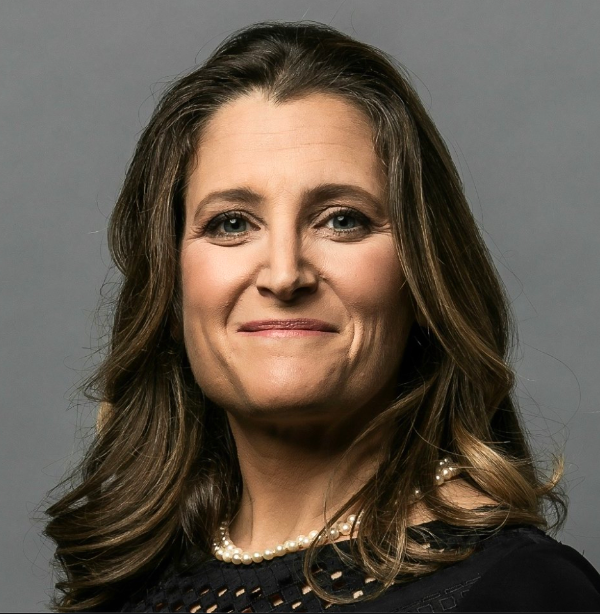 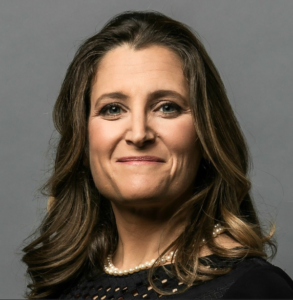 The Honourable Chrystia Freeland was first elected as a Member of Parliament for Toronto Centre in July 2013. From 2015 to 2017, she served as Canada’s Minister of International Trade, overseeing the successful negotiation of Canada’s free trade agreement with the European Union, CETA.

From January 2017 to November 2019, she served as Canada’s Minister of Foreign Affairs, during which time she led the Canadian team that successfully re-negotiated the North American Free Trade Agreement.

An esteemed journalist and author, the Deputy Prime Minister was born in Peace River, Alberta. She was educated at Harvard University before continuing her studies on a Rhodes Scholarship at the University of Oxford. Before entering politics, Ms. Freeland held senior positions at The Financial Times, Thomson Reuters and The Globe and Mail.

She has written two books: Sale of the Century: The Inside Story of the Second Russian Revolution (2000); and Plutocrats: The Rise of the New Global Super-Rich and the Fall of Everyone Else (2012). Plutocrats is an international best-seller and won the Lionel Gelber Prize and National Business Book Award.

In 2018, the Deputy Prime Minister was recognized as Foreign Policy‘s Diplomat of the Year and was also awarded the Eric M. Warburg Award by Atlantik-Brücke for her achievements in strengthening transatlantic ties. In 2020, she was awarded Freedom House’s Mark Palmer Prize, in recognition of her years of work in championing democracy.

Ms. Freeland lives in Toronto with her husband and three children. 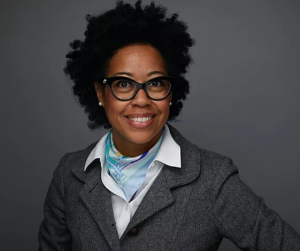 Member of the Year-  Deanna Clark-Esposito

Deanna is the founder of the Clark-Esposito Law Firm, P.C. with over 15 years of legal experience in the areas of international trade (imports/exports), transportation, maritime and administrative law in the areas of fashion, vape/tobacco, hemp and others. Prior to starting her own law firm, Deanna headed up the global trade compliance regulatory division of a New York City based 3PL, and worked at a well respected international trade law firm.

Member of the Year – Christyna Doege

Christyna is the Client Engagement Manager for Port Tampa Bay, the Tampa Port Authority, which calls for communicating clearly with current port tenants and users as well as coordinating and hosting successful port events.

Her work demands a comprehensive knowledge of port operations; the ability to speak to a wide variety of audiences, mastery of the application and billing of port charges and fees; the interpretation of contracts, tariffs, and leases; and the analysis of port statistics.