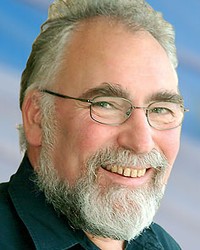 With anti-trade rhetoric on the rise and the re-evaluation of major trade deals such as the Trans-Pacific Partnership and NAFTA, many are questioning the importance of trade. Join OWIT International on May 31 to hear why trade still matters, from noted speakers Jean-Pierre Lehmann and Marion Jansen.

PROFESSOR JEAN-PIERRE LEHMANN is Professor Emeritus of International Political Economy at IMD and visiting professor in the Faculty of Business and Economics at Hong Kong University and at NIIT University in Neemrana, Rajasthan, India. His areas of special interest include globalization, global governance, trade and development, the role of business in reduction of poverty and inequality and the soci-economic, cultural, and business dynamics of Asia. He acts in various leading capacities in a number of public policy institutes and organizations, as an adviser to governments and corporations, and as a frequent commentator in the international media. He is the author of several books and numerous articles and papers primarily dealing with globalization, modern East Asian history and East Asia and the international political economy.

MARION JANSEN is the Chief Economist of the International Trade Centre. She previously served as a counsellor in the Economic Research and Statistics Division of the World Trade Organization and as one of the co-ordinators of the WTO Chairs Programme. From early 2009 to September 2012, she led the International Labour Office’s Programme on Trade and Employment. She has co-edited a number of volumes on the theme globalization and employment including “Trade and Employment: From Myths to Facts.” She holds lead roles in international research networks on the use of economics in international economic law, on non-tariff measures in the context of trade and on employment effects of different policy instruments. Marion Jansen holds a PHD in economics from the Universitat Pompeu Fabra and lectures at the University of Geneva and the World